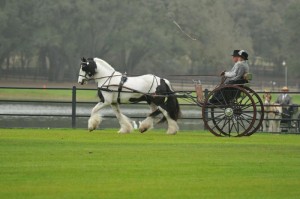 They Gypsy Vanner is often referred to as a “people-sized” draft horse. The genetic origins of the breed include the Shire, the Clydesdale, and the native British ponies such as the Dales. The Gypsy Vanner is not a color breed. It is a body type with heavy bone and broad body like a draft, but with the majority of the breed standing 14-15 hands at the withers. The Gypsy Vanner comes in any color, solid, tobiano and splash. The first characteristic often noticed is the abundance of feather flowing from behind the knees and hocks, as well as the long free flowing mane and tail. In addition to amazing looks the Gypsy Vanner posses a temperament that is friendly and engaging.

Originally bred to pull the Gypsy wagon, these horse are now being used in all disciplines. You will see them pulling carts and carriages, ridden in the dressage ring, as well as over fences and as western pleasure horses. The Gypsy Vanner is a wonderful family horse and is popular as a trail or therapy horse due to its unflappable nature. 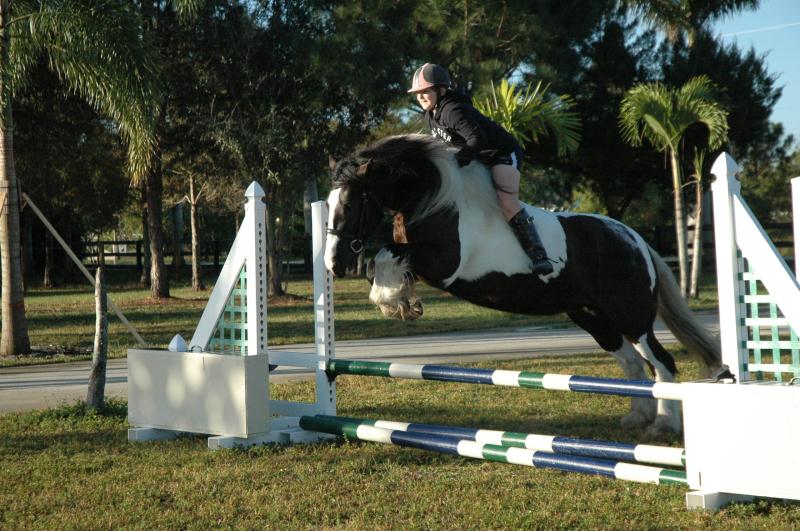 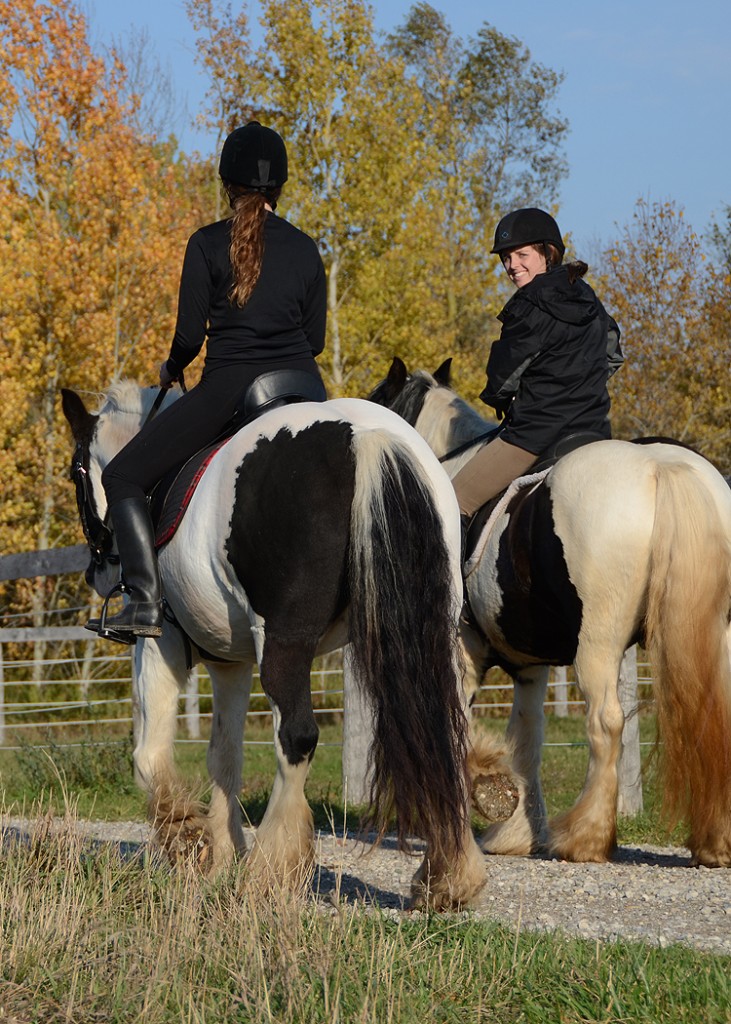 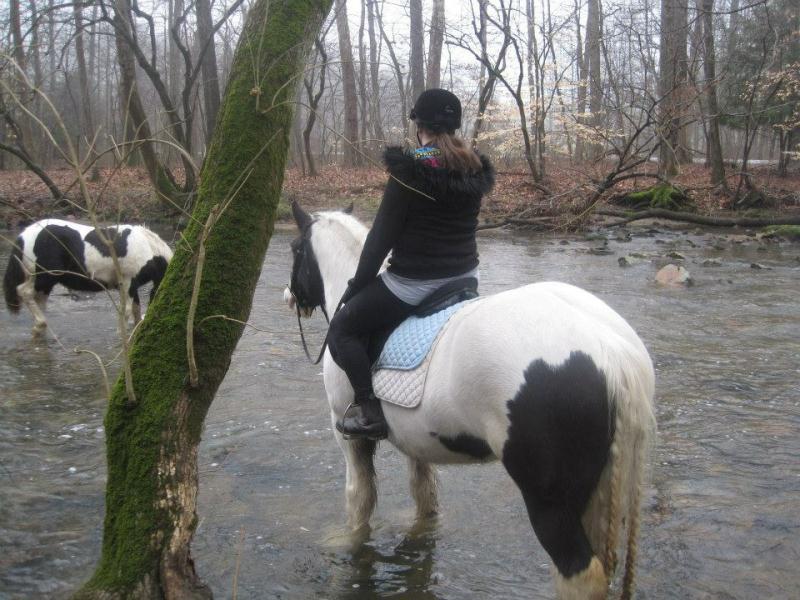 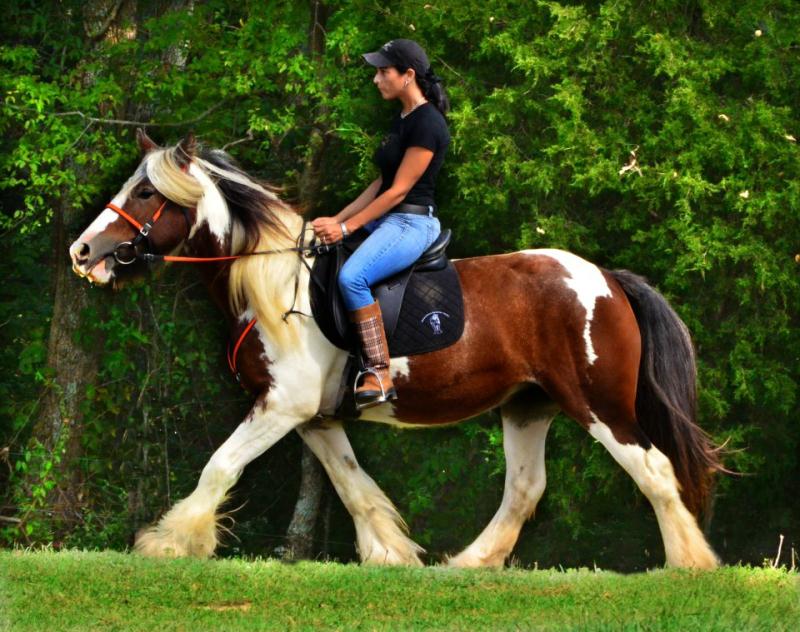 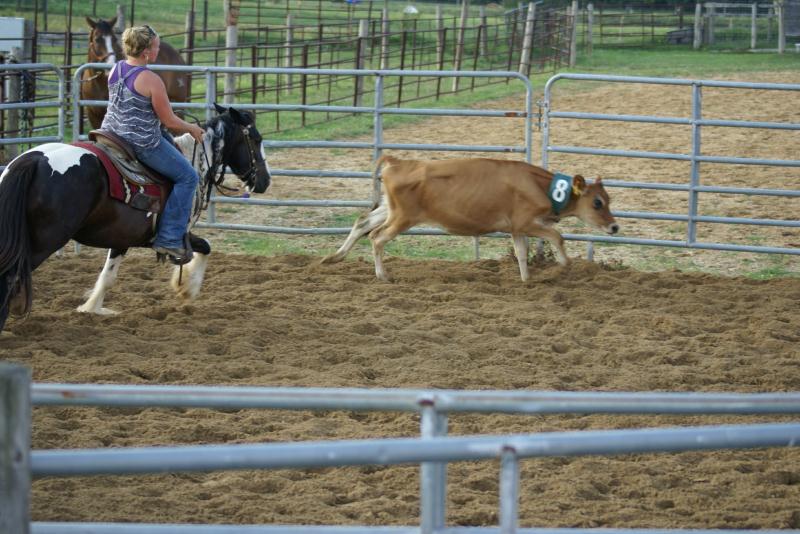 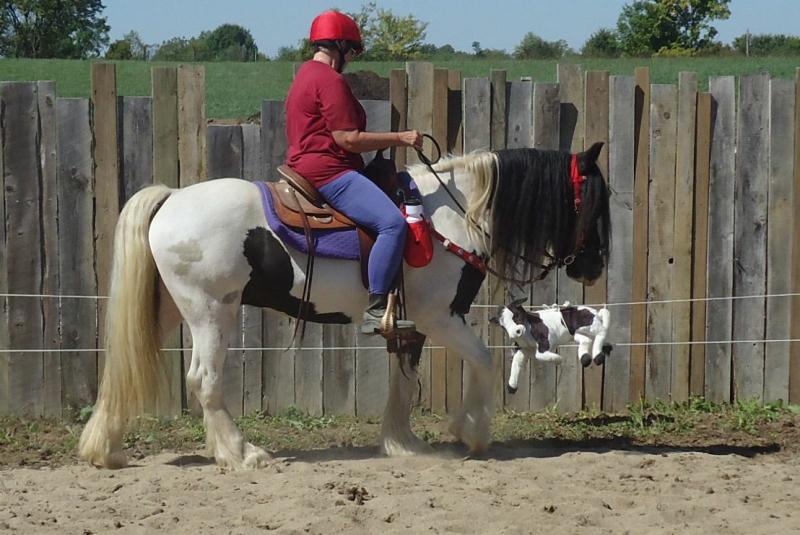 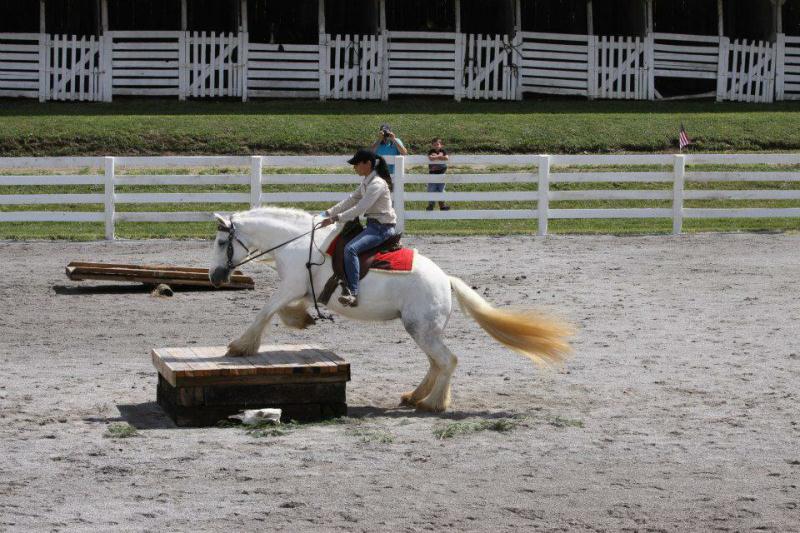